Fuvahmulah: World of the Tiger Shark 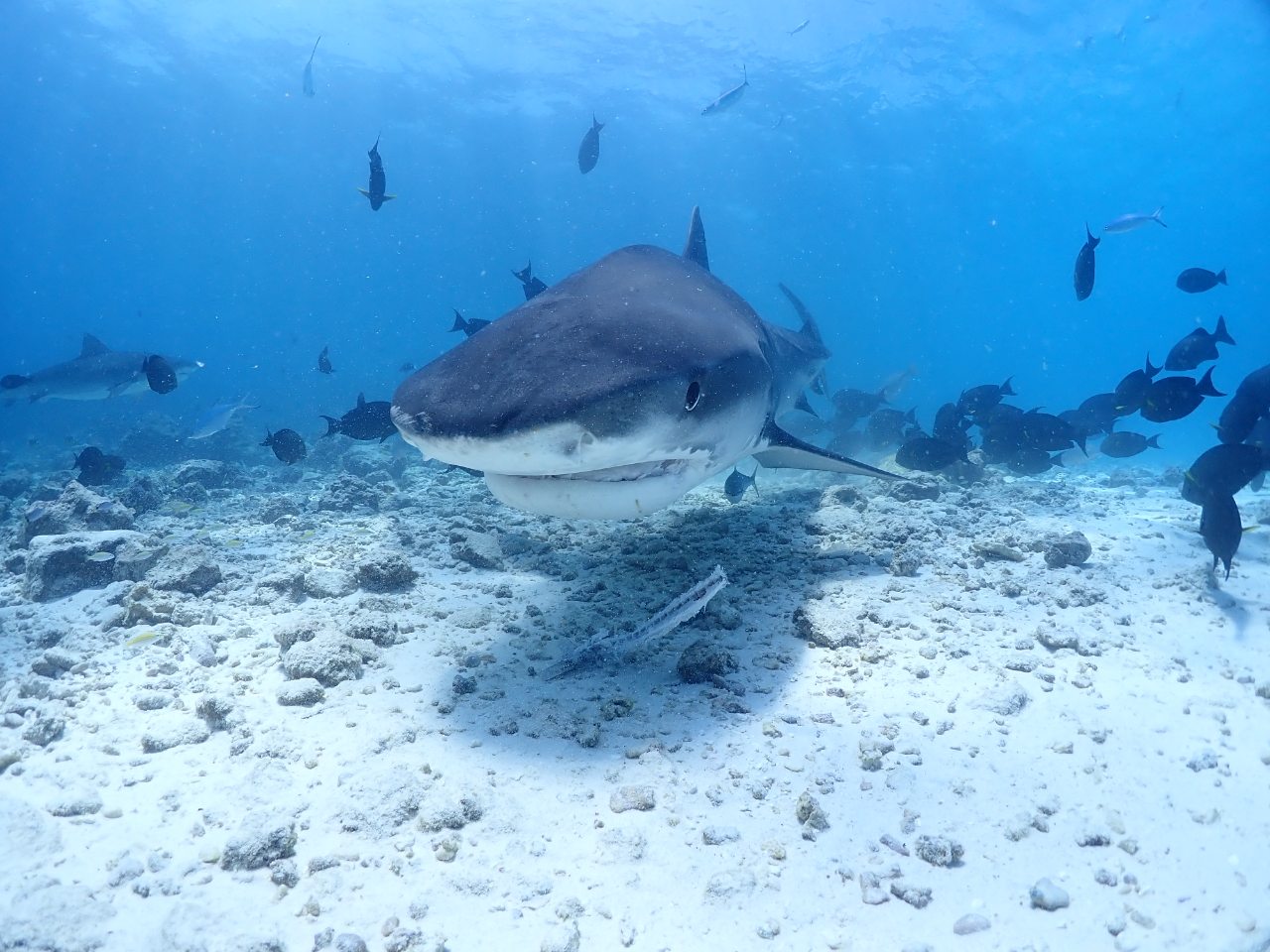 For those who are familiar with marine life, the usual image of the oceans around the Maldives are the colorful reef ecosystems, the clear and turquoise waters, the pearly white sands, and perhaps seeing schools of fish, manta rays, and whale sharks almost up close. These are the images that attract thousands to the Maldives every year.

However, the Maldives offers a far less well-known but more spectacular adventure that is electrifying enough to send chills even though the most experienced diver: Going scuba diving and seeing Tiger Sharks face-to-face.

The Tiger Shark or “Sea Tiger” inhabits coastal tropical and sub-tropical waters around the archipelago and is identifiable by the dark stripes on their body. Tiger Sharks have been given the unfortunate sobriquet of “Garbage bins of the ocean” because of their ability to devour almost anything. They are considered the second-most dangerous shark species after the Great White, based on statistics of recorded shark attacks.

In reality, Tiger Sharks frequently spotting them in atolls like southern Huvadhu and Kaafu. For the really serious and professional divers who seek out the Tiger Shark, the best Maldives destination is at Fuvahmulah.

The geography of Fuvahmulah is unique in the whole of the Maldives. It is a single island atoll with no other land masses nearby. The unique ocean current patterns around the atoll make it a wonderful nursery and cleaning station for a wide variety of pelagic fish such as the Tiger Sharks.

It is estimated that the Tiger Shark population in Fuvahmulah may reach around 200 or more.

For the most experienced or professional divers, it is “both the most frightening and fascinating experience” any diver can ever have when he swims face-to-face or side-by-side with a Tiger Shark. It is the experience of feeling fear while appreciating the beauty of the shark.

While some divers go with diving liveaboard for deeper dive can observe an average of up to four Tiger Sharks in a week-long of dives, some divers can actually observe up to 19 sharks in just a single dive. The average size of a Tiger Shark is around three or four meters in length.

While spotting even a single Tiger Shark can be declared as a crowning glory for any diver, all divers must be reminded that all sharks are predators by nature and must never forget to treat all marine life with total respect.

Remember that no creature in the ocean specifically targets humans as prey. When a Tiger Shark – or any shark for that matter – is drawn to a diver, it more because of natural curiosity. So, the best safety precaution is to respect the shark by not intruding into their territory or provoking them.

Maldives Downshouth , scuba diving
← Largest Manta-Ray Gathering in the World is in the Maldives
January Diving →