Largest Manta-Ray Gathering in the World is in the Maldives

For divers, this will sound almost like paradise. The largest manta ray aggregation in the world can be found in the Maldives, particularly in the Baa Atoll.

Manta rays belong to the elasmobranch group alongside sharks. There are currently two known species of manta rays. One is the Giant Oceanic Manta Ray. The species found primarily in the Baa Atoll is the Resident Reef Manta Ray. These amazing sea creatures feed mostly on plankton. 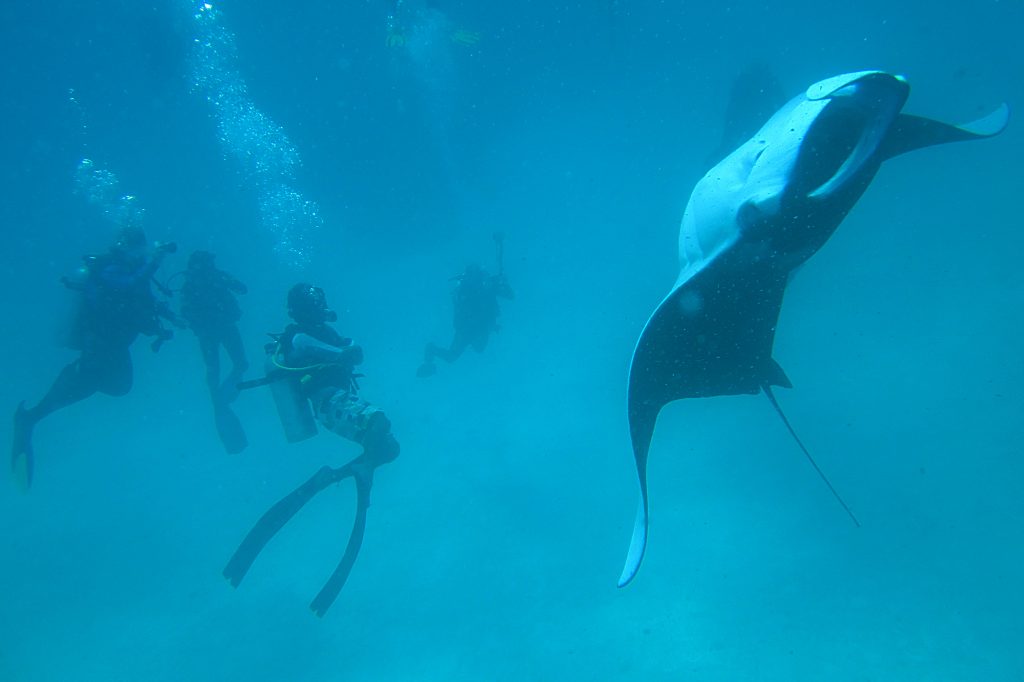 This tiny atoll in the Maldives is a paradise for scuba divers, especially during the aggregation period of the manta rays. The atoll’s gaping channel faces the open ocean, and so zooplankton becomes trapped in the atoll’s bays. Because of its unique geographical location unlike any other in the world, hundreds of manta rays and whale sharks gather each year between June to November for the feeding frenzy.

The manta rays exhibit a cyclone feeding frenzy that is unusual for its known orderly feeding rituals. There is a continual mad dash to consume as much plankton as possible, the manta rays bumping into each other as well as with the few whale sharks that join in.

Baa Atoll, located just north of Ari Atoll, has a lush tropical climate that has fair weather almost all year round, with water temperatures between 24º C and 29º C. Of the Maldives 75 islands and atolls, only 13 are inhabited, making the country’s atolls ripe for marine life to thrive unmolested by man. So, thanks to the lure of the country’s various marine life, these atolls can be visited by Liveaboard diving yachts.

The entire Baa Atoll has been declared by the United Nations as a UNESCO World Biosphere Reserve Status in 2011. This designation was given thanks to the unique location and marine environment thriving in the atoll. The atoll also supports one of the largest groups of coral reefs in the Indian Ocean as well as globally. This unique marine environment serves as a sort of transportation hub for planktonic larvae of reef organisms from all over the Indian Ocean. This alone contributes to Baa Atoll having significant biodiversity.

Aside from Baa Atoll, other manta ray and various marine life can also be spotted in the following spots:

← British Loyalty -The Shipwreck in Addu Atoll
Fuvahmulah: World of the Tiger Shark →