We often see sharks swimming along with a Remora Fish and green turtles are more colorful with some of the hitchers at their back.  This behavior is called Symbiosis it is the interaction between two different organisms living in a close physical association. The relationship between associates and their hosts is called Symbiotic relationships

The clownfish and the sea anemone help each other survive in the ocean. The clownfish, while being provided with food, clean away fish and algae leftovers from the anemone. Also, the sea anemones are given better water circulation because the clownfish fan their fins while swimming. 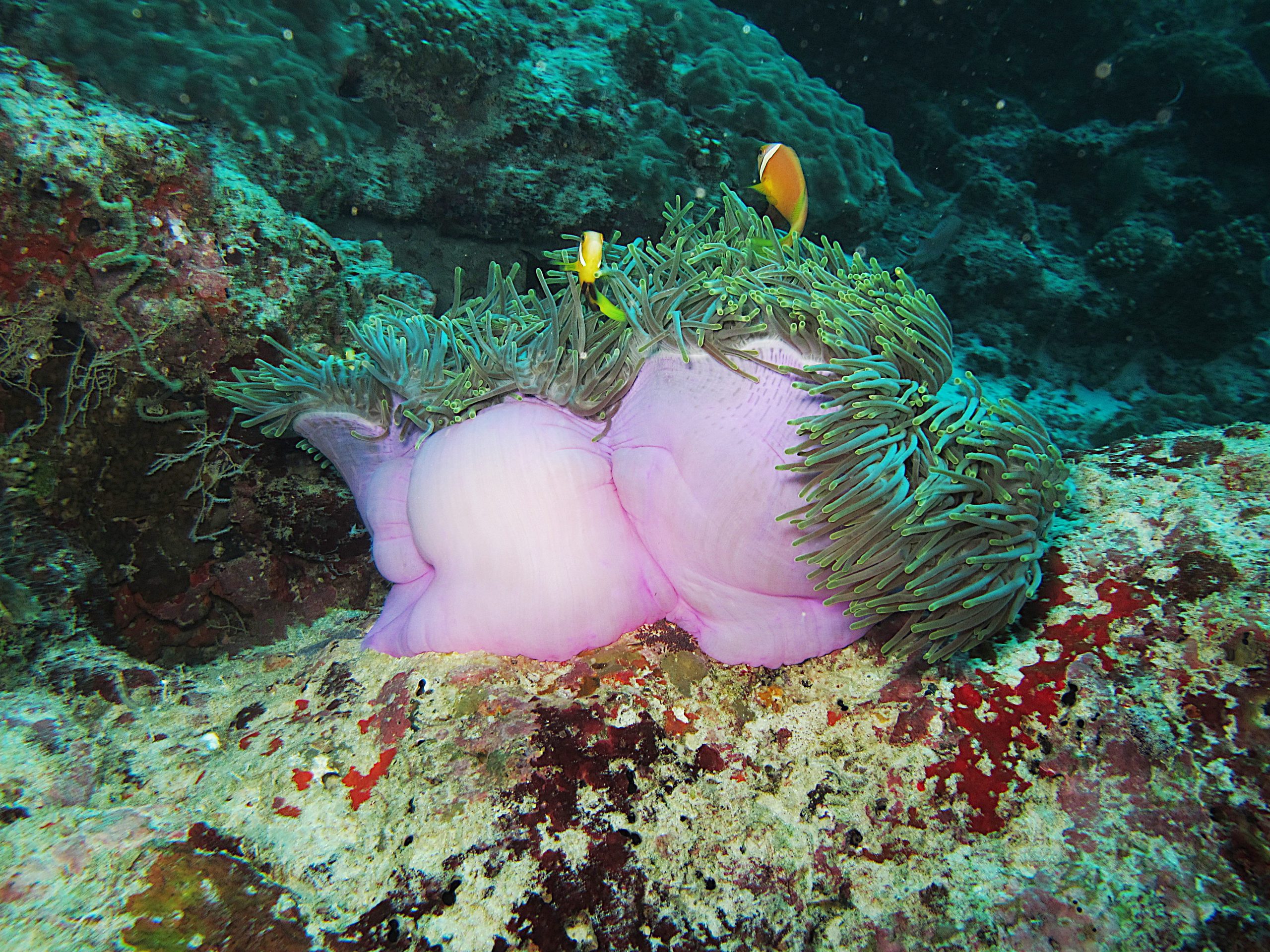 A Remora fish would attach itself to a shark and use the shark for transportation and eat all the food that is leftover from the shark. Remora is getting its food and the shark gets no benefit. Studies suggest that the remoras clean parasites from the shark’s teeth and perhaps skin. 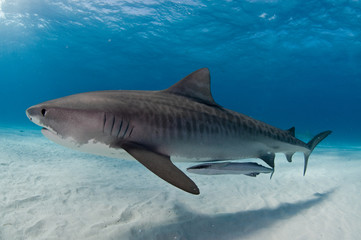 They are commonly found attached to sharks, manta rays, whales, turtles, and dugongs, hence the common names “sharksucker” and “whalesucker”. Smaller remoras also fasten onto fish such as tuna and swordfish, and some small remoras travel in the mouths or gills of large manta rays, ocean sunfish, swordfish, and sailfish.

Surgeonfish specifically Yellow Tang mostly like to graze on algae. Those seeking an easy smorgasbord stake out some territory and set up cleaning stations where turtles, fish, and other animals know they can drop by to get their annoying algae and other pesky hitchhikers nibbled off.

Endangered green turtles are one of many customers at some cleaning stations, which surgeonfish typically set up near coral reefs. Generations of surgeonfish keep the stations going in the same place. The turtle approaches the seafloor, and the fish visually inspect it to see which algae patches are most appetizing. Then they gorge away, feeding with rapid bites that scrape the algae-covered flippers and shells clean. The fish get a nutritious meal; and with smoother shells, the turtles can swim more easily, saving energy on their long migratory journeys to the beaches where they were born. 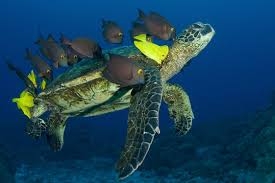 The crabs and sponges share a mutual symbiotic relationship with each other, These crabs gather their living armor as they walk along the ocean floor, cutting bits of sponges and anemones to add to their wide carapace. 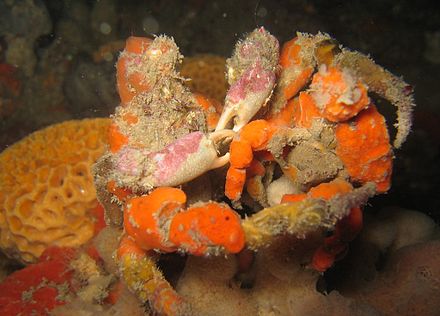 The goby benefits from the shrimp’s digging and construction skills, having access to a well-built burrow. Pistol shrimps have poor eyesight, and they use gobies as an early warning system to detect predators.

Gobies tend to hover just outside the shared burrow, catching passing zooplankton or small benthic invertebrates. In many cases, the shrimps maintain contact with the gobies by using their long antennae, and the gobies signal to the shrimps using specific fin flicks. Some species of goby also appear to feed their shrimps, spitting food into the burrow, and even without such deliberate actions, the shrimps may feed on fragments of food that the gobies drop. 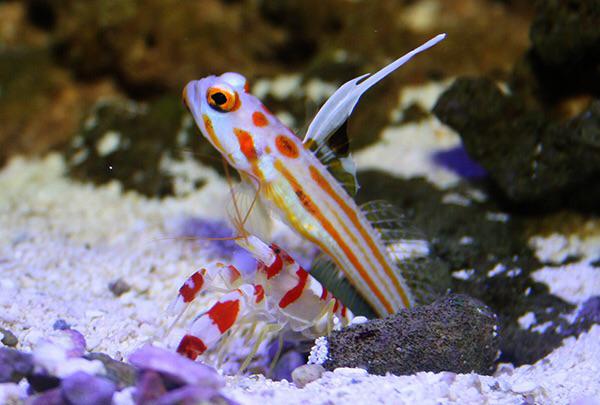 The shrimp congregate in teams called a ‘cleaning station’ and move across the whole body of the eel – including inside the mouth – removing parasites and dead skin, which is their food. This cleaning ensures good health for the eel, so both species benefit. 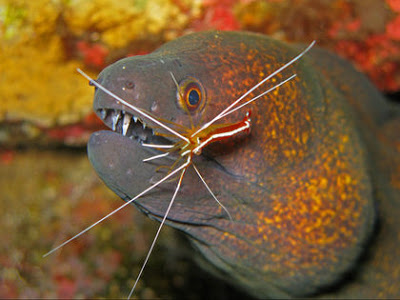 When diving into the Maldives get a chance to witness this amazing behavior with Maldives Boat Club Liveaboards and let our professional divemaster guide you.